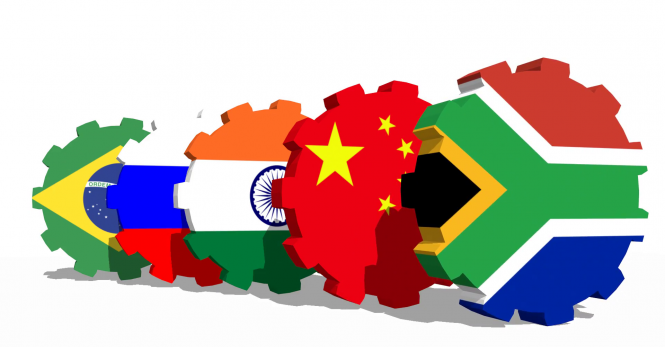 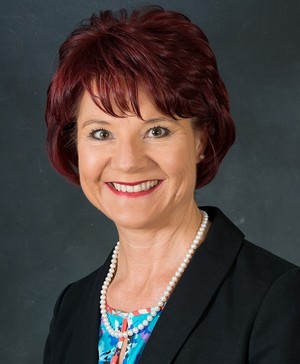 Annelize van Rensburg is a founding member of Talent Africa, now Signium Africa, a major shareholder and director. She firmly believes that the integrated talent solutions offered to clients represents the future of search and talent management and w...

A belief that imported brands signify quality means that Emerging Markets represent tremendous opportunities, but the landscape is far from uniform and great care must be taken to get it right.

Ever been to Jamaica? It’s a sensory overload for many reasons, but one of the things that will likely strike you is ‘profiling’. This is a very specific reference to the way that young people in bars deliberately place their mobile phones on show on the table as a badge that indicates their status. This may not be a wealthy country, but you would never have known it from the cost and quality of the phones on display.

These young people may do it to find the girl or boy of their dreams, but they also demonstrate one of the reasons why Emerging Markets offer huge opportunity to established international brands, in a scenario where established markets are reaching saturation point.

However, Emerging Markets create a challenge for businesses in the developed world. The catch-all term suggests a one-ness that simply does not exist, making a uniform approach to brand-building in these territories nonsensical.

For example, China now has a shrinking and ageing population. Its working-age population shrank in 2015. This aligns it more with Germany and the USA than its Emerging Market peers in Africa, the world’s youngest continent, where 40% of workers are 15 to 24.

Yet there is one common Emerging Market thread … the boundless scope of the brand-building opportunity for businesses that make an effort to understand the differences and engage with local consumers.

As many Developed Markets limp along with economic growth of 1 or 2%, we’ve seen rising Emerging Market focus in the boardrooms of the Developed World. The reason is simple: robust growth in many Emerging Markets.

According to Worldatlas.com, China was 17th on the 2016 list of the world’s fastest growing economies (growing by 6.76%). Not one Developed Market made the top 20.

There might be significant disparity in the size of the economic base in Emerging Markets or Developed Markets. Even so, it is clear where the potential lies.

A growing number of academics and commentators have also turned their attention to the lessons and pitfalls associated with brand introductions and growth in these new markets.
They point to a glaring mismatch between dynamic Emerging Market economies and anaemic Emerging Market brands.

Emerging Market corporates are determined to catch up and build their own global brands. The success of the Emirates airline and Havaianas, the chic Brazilian flip-flop, confirms this process is gaining traction.
In the meantime, corporates in Developed Markets are increasingly aware there is one last great opportunity to build volumes and protect margins and it is to be found in young, fast-growing markets from Qatar to Mexico.

The opportunity is underlined by the realisation – confirmed by the TGI Global Index Comparison – that emerging shoppers are more brand conscious than their ‘advanced’ peers. This is a phenomenon that extends well beyond young people in Kingstown bars.

As long ago as 2004, one Latin American consumer products survey emphasised the emerging consumer’s willingness to buy aspirational brands for reasons of quality and status. Pre-disposition is supported by the consumer suspicion that they risk product failure by buying cheap alternatives.

Brand strategists have identified several factors as keys to brand success in Emerging Markets. They include adaptability, local knowledge, the influence of word-of-mouth recommendation, the in-store experience and the need to actively engage with Emerging Market consumers.

Some multinationals have found it advantageous to change business models and distribution channels to ensure greater affinity with an Emerging Market – examples include changes to packaging and pack sizes, delivery by bicycle rather than truck and menu changes that respect local sensitivities (e.g. playing down beef dishes in India where the cow is sacred).

De Beers, the South African firm synonymous with diamonds, has launched the Forevermark® brand to differentiate diamonds that are traceable and responsibly sourced. Emerging Markets have therefore moved from ‘commoditisation’ to commodity brand-building.
Adaptability is driven by local knowledge and awareness of market uniqueness.

Scale is off the scale

Coming to grips with the scale of the opportunity can be a challenge.

African speakers at international brand-building forums are at pains to point out that Africa is not a country, but a continent made up of 54 nation states. It covers 30 million square kilometres and is home to more than one billion people. You could pour the USA, India, China, Japan and all of Eastern Europe into Africa with room to spare.
Emerging Market regulations differ widely, so do levels of urbanisation, consumer sophistication and brand competition.

Even longstanding market players have to stay close to quirks and nuances.

In a recent paper, Yellowwood, a South African brand strategist, highlighted the need for cultural awareness as well as familiarity with disposable income and other data.
For example, cost constraints might appear to limit a low-income family’s new car options. But tight focus by a car-maker on affordable compacts ignores the opportunity to sell models with a more spacious interior. Bigger cars cost more, but the African ‘extended family’ is large and a wage-earner conscious of his duty to his broader family will make sacrifices to fulfil his obligations. This puts him in the market for the bigger vehicle.

Modern exists alongside, not instead of, traditional

Emerging Markets may appear unsophisticated but their adoption of modern technology is rapid and imaginative. For example, Kenya and other African markets pioneered cellphone use for banking and retail purchasing. Europe and America followed Africa’s lead.

The technique of building brand relationships by phone, apps and through social media is not restricted to Developed Markets. Similar strategies have growing relevance in emerging economies.

The traditional and the modern are not either-or propositions in Emerging Markets. They co-exist.
The modern supermarket has become a standard item of Emerging Market infrastructure as urbanisation has accelerated. However, the mom-and-pop store remains hugely relevant, especially in Latin America.

Another old habit is reliance on word-of-mouth recommendation.

McKinsey researchers found that 30 to 40% of food and beverage consumers in the UK and US receive input from friends and family before making purchases, but Emerging Market numbers are much higher – 70% in China and 90% in Egypt.
Word-of-mouth also influences sales of big-ticket items. When buying your first TV, PC or car you rely on insights from early adopters in the family circle.

In-store experience can be a game changer

In addition, the in-store experience can be decisive.

McKinsey research indicates that the purchasing of consumer electronics in China may take two months and four store visits. Other research suggests in-store influence is the biggest driver of purchase decisions in a category like flat-screen TVs.
What’s more, studies suggest Chinese FMCG shoppers are twice as likely to switch brand preferences while in-store than their US counterparts.

The risk for multinationals is that their brand communication will become generic and stereotypical, ignoring on-the-ground realities – TV advertising that fails to reflect local diversity is one example.

Any overview of Emerging Market brand awareness inevitably showcases a host of challenges such as this, but it is equally apparent that the opportunities outweigh the difficulties. Emerging Markets may be tough to crack, but the rewards are huge for those companies that get cracking.